South Africa is known as the "Cradle of Humankind." A great variety of early human-ancestor fossil skeletons have been found there. Along the southernmost coast of South Africa, high cliffs hug a rocky coast. This protected the caves in the cliffs from people and animals who could have disturbed artifacts left by early modern humans from 160,000 to 50,000 years ago. Over the last 15 years, scientist Curtis Marean and his team have explored and excavated these caves. They have discovered the earliest evidence of using shellfish for food, fire to heat treat stones for stone tools, and the use of red ochre, possibly for body painting. Using modern scientific techniques, the team is learning more about how these early peoples lived. Follow the team into the caves to learn more. 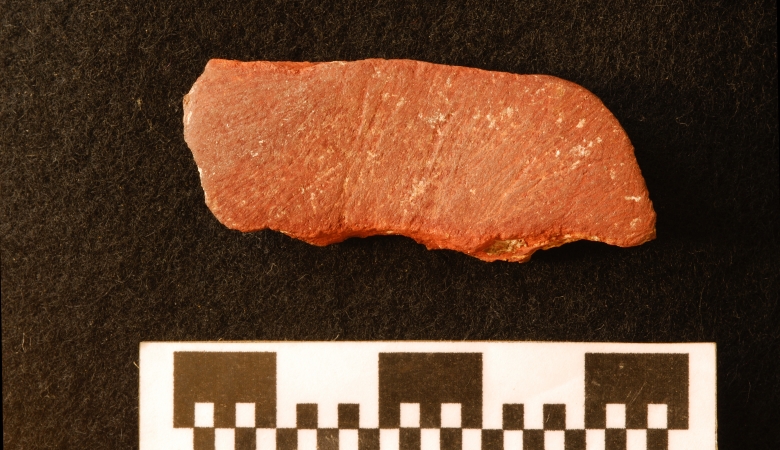 Evidence of red ochre has also been found in the layers of dirt in the caves. From residue left behind in shell fragments, scientists believe that the red ochre was used by early humans as body decoration, similar to how the Maasi people in Kenya use it to paint their bodies (see image below). 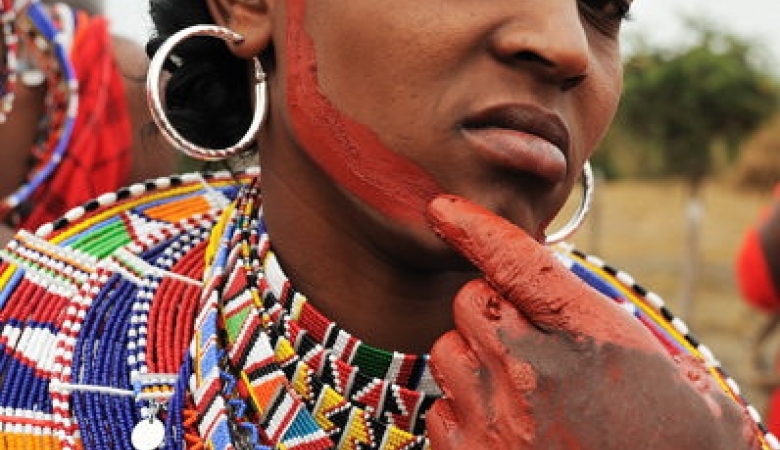 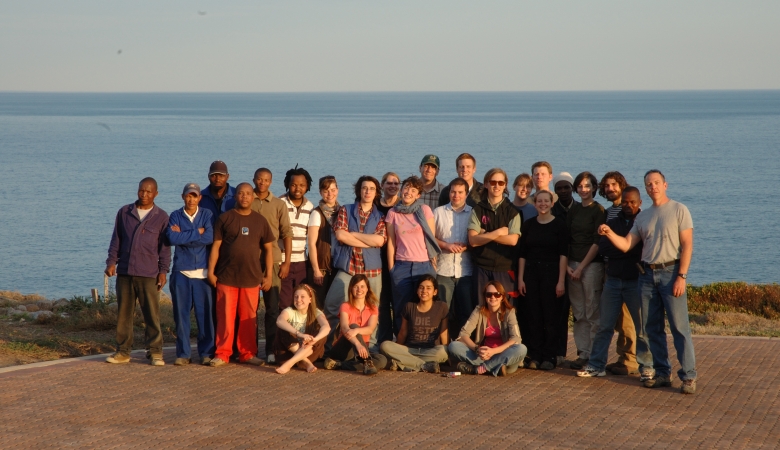 The field team photo—it takes many scientists and students over many years to excavate and analyze the artifacts that are found inside these caves.