What's the connection between a 3.2 million year old fossil and a NASA mission to the Trojan asteroids? Learn about the Lucy Fossil and the NASA Lucy Mission and tell your own story of human exploration!

Design your own “mission patch” showing how the process of evolution on Earth may parallel the evolution of the solar system. Explain your design with a poem or short essay.

The Lucy Spacecraft will stay in orbit around the Sun for millions of years. Create a message in the form of original artwork (drawing, paintings, digital images, photographs, photographs of sculptures—be creative as you wish!) to future humans who may someday find it, highlighting humankind’s drive to explore, discover, and understand our origins—on Earth and in the Solar System.

Go to "How to Enter"

What the Lucy Mission is all about 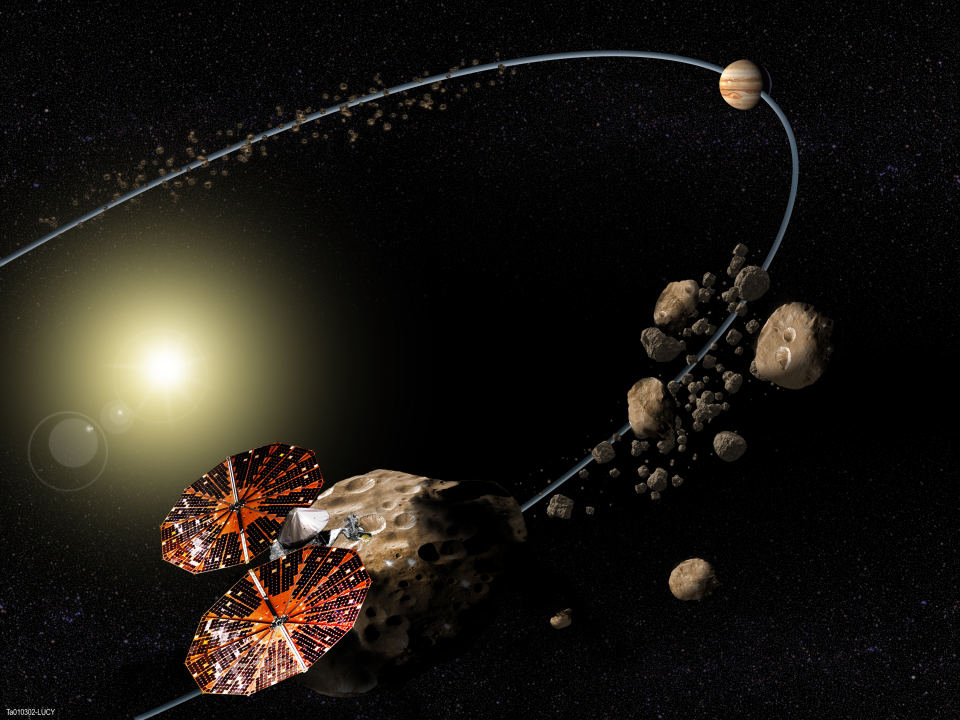 Artist's conception of the Trojan asteroids orbiting in front of and trailing Jupiter and the Lucy Mission spacecraft. Image courtesy NASA/SwRI.

The gas giant is massive enough that normally it scatters away all asteroids in its vicinity, but, due to the combined gravitational influences of the Sun and Jupiter, these Trojan asteroids have been trapped on stable orbits for billions of years. These asteroids provide a unique, never-before-explored sample of the remnants of our early Solar System.

So—just as the Lucy fossil provided unique insights into humanity’s evolution, the Lucy Mission promises to revolutionize our knowledge of planetary origins and the formation of the Solar System.

We want to engage you—middle and high school students and teachers—in a contest connecting the human ancestor “Lucy” and the exploration of the some of the oldest objects in the solar system—the Trojan Asteroids or “fossils of the Solar System”—so that you will understand more about the science of our origins and our place in the solar system.

Read about how ASU scientists are designing instruments for the spacecraft here. 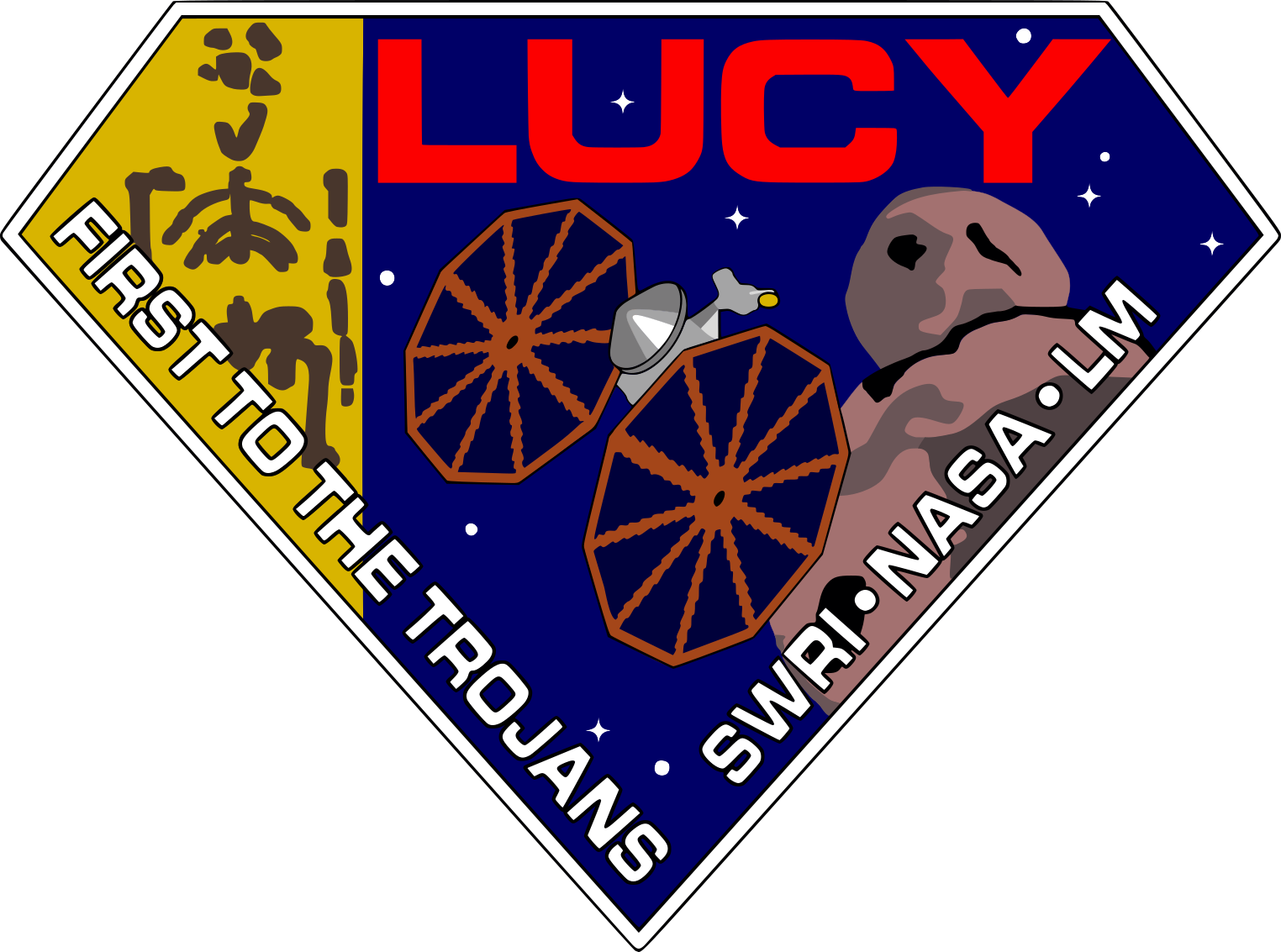