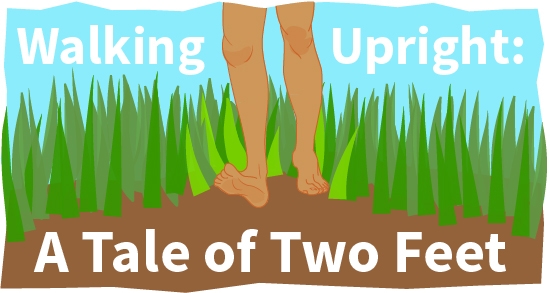 Adapted: changed to survive better in a specific environment.

Lineage: a sequence of ancestor and descendant species through time.  ... more

Locomotion: movement; way of getting around.

Stone tool: any tool made either partially or entirely out of stone.

Thermoregulation: the process that allows the body to maintain its core internal temperature.

When you compare yourself to other animals, there are lots of differences that make you human. One difference that you might notice right away is how we walk. Humans walk on two legs, which we call bipedality. Our two-legged walking makes us unique. Other mammals, like your pet dog or cat, usually walk on all four legs, which we call quadrupedalism. Many animals are capable of standing or walking on two legs for a short time, and some birds are also bipeds. Besides humans, no other mammal (including all primates) regularly walks on two legs. How and why humans came to use two-legged walking is an interesting puzzle scientists are trying to solve. 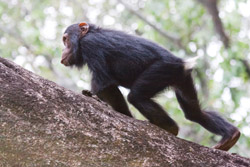 Chimpanzees and bonobos are our closest living relatives. We last shared a common ancestor with them six to seven million years ago. This makes chimpanzees and bonobos our really distantly related cousins. These "cousins" walk quadrupedally, or on all four legs. Gorillas are also closely related to us, and they too use all four limbs to move. Because all our closest living relatives move on four legs, scientists think that our distant ancestors also walked on four legs. How then did we bipeds evolve from our quadruped ancestors?

The environment can sometimes give us clues as to why traits evolved. Our ancestors’ habitats are often reconstructed as African savannas. Savannas are grasslands with few, widespread bushes and trees. These open environments are also very sunny and dry.

Some scientists think that bipedalism is well-suited to the savanna environment. Balancing on two legs allowed our ancestors to see above the tall grasses when few trees were around to climb. Not only is this handy for detecting any predator coming toward you, but also for seeing animals you might hunt.

The orthograde, or upright body, posture is necessary for bipedal walking. It also improves thermoregulation, which is your ability to control your body temperature. When you’re too hot, for example, your body produces sweat to help you cool off. Sweating is rare among mammals. Dogs, for example, cool down by panting. Orthograde posture exposes less skin to the hot sun, aiding in thermoregulation.

Walking through the grassland (the climatic variability hypothesis)

Some scientists think bipedal locomotion evolved in woodlands. They believe that bipedalism allowed our ancestors to reach fruit high up in the trees.

The earth began to cool off about six million years ago. Global temperature was highly variable between four and six million years ago. Fast changes in the climate likely affected many plants and animals. Scientists think that these quick changes in climate caused our ancestors to become more flexible and resourceful. Bipedalism could have allowed our ancestors to be more flexible. Instead of only relying on the trees in wooded habitats, bipedal hominins could live in the forest and the grassland. 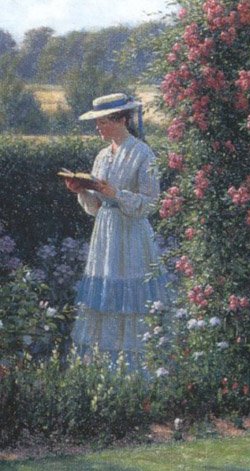 Two-legged walking also allows us to easily carry things for long distances. Some think social factors may have influenced the evolution of bipedalism. Living primates sometimes walk bipedally when carrying their favorite snacks or other important foods. It is possible that sharing food with others led to habitual bipedal walking.

Others think carrying stone tools and other inventions was a more important influence on the evolution of bipedalism. Stone tools are valuable. They are difficult to create and require special types of stone. Being able to easily carry both the stone and the tool would have benefited our early ancestors.

Our evolution of bipedal locomotion has been explained with many different hypotheses. Scientists have yet to discover a pelvis or limbs of the earliest hominins. Until these types of fossils are found, these hypotheses cannot be tested.