Ancestor: an organism from which others have evolved. In humans, a relative from whom one is descended, who lived at least several generations ago.

Motor skills: Anything to do with moving muscles. Here, we are talking about fine motor skills, meaning moving smaller muscles in our body – our hands and fingers – to complete delicate tasks.

Neocortex: The outer layer of the brain, which handles the processing of sight and hearing information, cognition and thinking, and many more complex brain activities.

The modern human brain is the largest and most complex of any living primate. As you discovered in this activity, it is also larger than the brains of our ancient human ancestors. Our ancestors had brains closer in size to a chimpanzee than to a modern human. What made these ancestors special?

This activity will demonstrate the difference in brain size between humans, chimpanzees (our closest living relatives), and early human ancestors, called hominins.

What does brain size have to do with our biology? Before you begin, examine the skulls in front of you and see if you notice anything different about the three individual’s brain cases (the hollow portion where the brain fits). 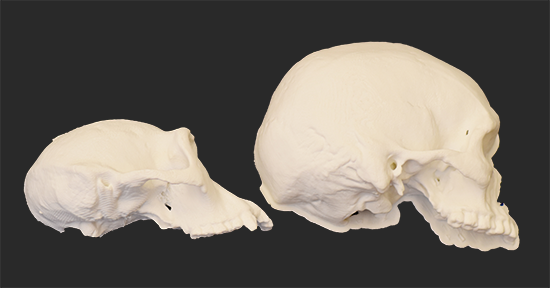 What you will need

Animals with bigger brains have bigger skulls. We can compare the size of these skulls by seeing how much water they hold. Which brain do you think is biggest?

1. Start with the chimp skull. Turn it upside down. Use the pitcher to fill it with water. 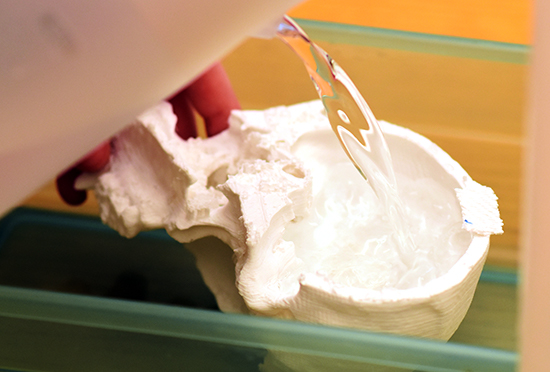 2. Now, carefully pour the water from the skull into the beaker. 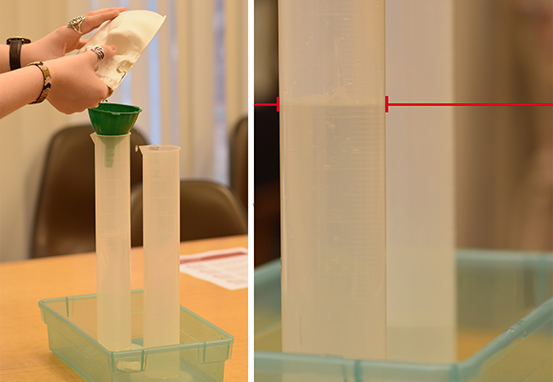 3.  Look at the lines on the side of the beaker to see how many milliliters (ml) of water were in the skull. Fill that information in on a data sheet.

4. Try the same thing with the other skulls. Which one holds the most water? Do your results surprise you?

Like all living things, early humans evolved in response to their environment. As they faced new environmental challenges, hominin bodies grew bigger and their brains became more complex. In fact, human brain size has tripled over the course of human evolution!

It’s not just the size of our brains that counts—it’s also the complexity. After all, elephants, whales, and dolphins have larger brains than we do. Humans are so intelligent because some areas of our brain are especially well developed compared to other animals. We have a very large neocortex, which is the exterior layer of our brains. This area controls language, thinking, and fine motor skills—allowing us to communicate, make and use tools, and many other things.

Within the human species, relative brain size doesn’t determine intelligence. Some people do have bigger heads (and brains), but they aren’t necessarily smarter. We all have the same type of brain that works the same way.

Our large brains do come at a cost. Human brains use up about 20% of our daily energy for our entire bodies, even though the brain only accounts for 2% of our body mass. We have use our intelligence to get food to feed our brains! 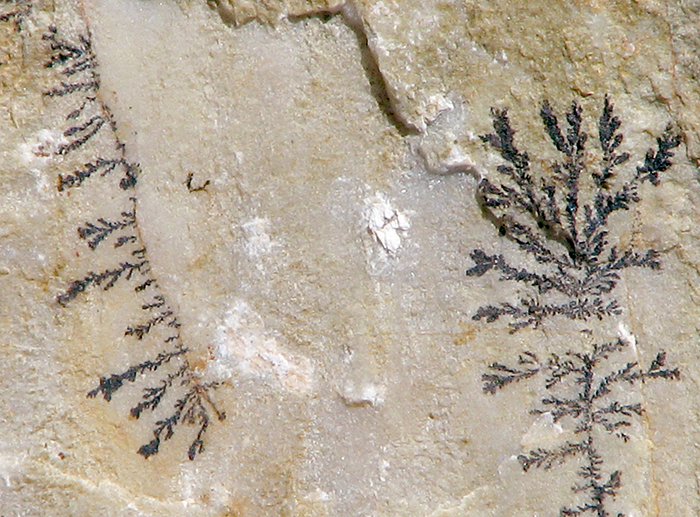