Why did the size of our brains change over time?

Having big brains is one of the things that make us humans. Our ancestors didn’t all have big brains like we do. Our earliest ancestors had brains that were very similar to chimpanzee brains. Chimp brains are big compared to other primates, but not compared to us. As time progressed, the brains of our ancestors got bigger. Finding out why and how this change occurred is central to the study of paleoanthropology.

The leading hypothesis about “how” our brains got bigger is centered around food. Brains require a lot of energy to grow and to maintain. To have a big brain, our ancestors needed to eat food that provided a lot of energy. Scientists think that eating meat and cooking played a major role in the evolution of our brain. Meat and cooked food provide the nutrients and energy necessary to grow brain tissue. So if our ancestors could scavenge or hunt meat, for example, they could grow a larger brain. This explains how our brains got bigger, but we also want to know what the driving force was behind this increase in brain size. Why was having a large brain necessary?

Our reliance on one another, and our complex societies are what drove increases in brain size. Humans are highly social animals. Learning all of the information needed to live in our complex societies requires a long learning period. This is why humans grow for so long. It also requires large brains to store all of that social information. Scientists believe that our reliance on one another (our cooperation) became more important as climate shifted and became more unpredictable. Our ancestors had to figure out clever ways of finding food and surviving in a changing world. To do so they had to rely on one another.

Overall, there isn’t one particular reason why our brains got big. It was a result of several factors: the food we were eating, the climate we were living in, and our increasingly complex societies.

Have a different answer or more to add to this one? Send it to us. 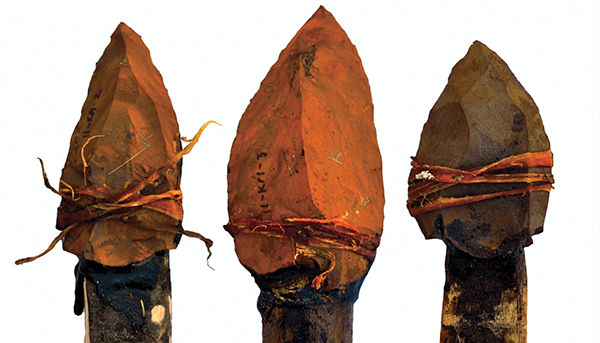