Anthropoid: the subset of the order primates that includes monkeys (Platyrrhini and Cercopithecidae) and apes (Hominoidea).

Grasping hand: a hand with a relatively flexible opposable thumb that helps primates hold on to branches or grab food. 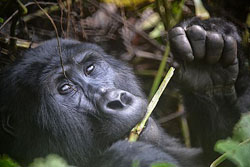 Hands aren't the only difference among primates and other mammals. Color vision is also different. Why do you have color vision but some other mammals do not? You can thank your primate ancestors for how both of these features—your hands and your vision—work.

Humans are members of the order Primates along with the other apes, monkeys, and lemurs. Grasping hands are a feature that is shared by all primates, but color vision is found only in monkeys and apes (anthropoids).

Why would the early ancestors of today’s primates evolve grasping hands? Well, we know that primates live mainly in the trees, so they could have evolved grasping hands for clinging to branches. However, there are also other groups of mammals (like squirrels) that climb in trees and do just fine without grasping hands. So, scientists have tried to come up with other ideas. 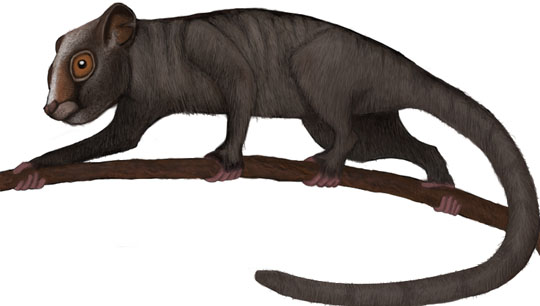 One of these ideas is called the "visual predation hypothesis." It suggests the ancestor of primates was a small, insect-eating mammal that scurried around at night 60 million years ago or so. This ancestor evolved grasping hands to snatch small insect prey.

Other scientists think that primates evolved grasping hands to grab fruits that were found on the ends of tree branches. This idea has been called the "terminal branch-feeding hypothesis." Scientists still debate which of these ideas best explains the evolution of grasping hands.

Scientists think that anthropoids (monkeys and apes) evolved color vision to help them select the ripest, softest fruits. Think about a banana for a second—how do you know the banana is ready to eat? By its color. Bananas turn yellow and brown when ripe. The banana we all buy in the grocery store is a domesticated crop, but the same idea applies to wild fruits.

Read more about Who Are You?