Coevolve: the process by which two species can affect each other's evolution; in humans, gene-culture coevolution is when both culture and biology change over time due to their influence on each other.

Culture: all the information about living in a society that is shared by people in that society.

Enzyme: a molecule that changes the energy needed for or increases the speed of chemical reactions. 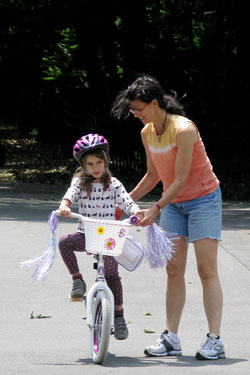 The first time you ride a bike can be terrifying. One second you are sitting on top of your new bike, hands shaking. You start to pedal and begin moving along pretty fast. You are riding! But the next moment, you’ve crashed into your neighbor’s bushes.

Most of the things we do every day, we've learned by watching others. Humans spend years learning all of the skills needed to live and survive. In North America, most kids go to school for 12 years before they are adults. Many people then go to college or trade school before getting a job and making money. But in many other animal species, that’s not how life happens. Birds know how to build a nest, bees construct their hive, and beavers make their dams without years of teaching. So why are humans different?

Most animal behaviors are either innate or learned during their lifetime. It may take birds a few times of trial-and-error to fly successfully, but the knowledge of “flight” doesn’t have to be taught. In contrast, humans rely on teaching and learning. We aren’t born with the knowledge of how to build a house, cook a meal, or perform the newest dance moves. These skills have accumulated over time in our culture, improved every so often, and then they are taught to new generations. 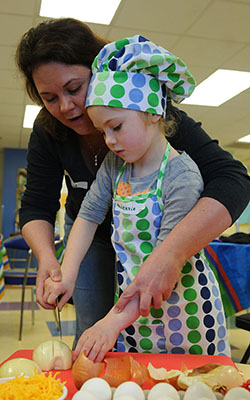 Many scientists think that the similarities between culture and genes run so deep in humans that they are actually entwined. Gene-culture coevolution, or “dual inheritance theory,” is the idea that human behavior is a result of both biological and cultural evolution.

One famous example of how genes and culture coevolve actually involves something many of us drink every day—dairy milk. There is a type of sugar in milk called lactose that can be difficult to digest unless your body produces a specific enzyme.

In cultures where dairy farming has been happening for a long period of time, most people produce that enzyme. However, in cultures that do not have dairy farming, most people can’t digest lactose and are called "lactose intolerant." Neither dairy farming nor the ability to digest lactose would have developed without the presence of the other. Biology shapes culture. And at the same time, culture shapes biology. In this way, genes and culture are said to coevolve.

Standing on the shoulders of giants

Making and using technology is a big part of human behavior. But if you think about it, no single person has invented technology. All new toys, new tools, and new gadgets are built on previous inventions. Metal had to be invented before a car. The internet had to be invented before a "smart phone" would ever be very smart. Technology is passed down from adults to children, sometimes with slight improvements to make it better. This is called cumulative culture, and many anthropologists think that only humans have it. 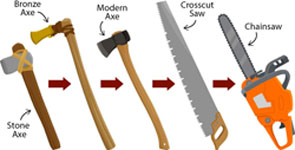 The ratchet effect is when technology is gradually added, tweaked, and improved to adapt to new challenges and opportunities. A ratchet is a tool that allows continuous motion in one direction, while preventing motion in the opposite direction. So when anthropologists talk about a cultural "ratchet effect," it means that information about technology, beliefs, and customs are constantly building. Culture helps to keep it all together.

Mathematician and physicist Isaac Newton once wrote that, “If I have seen further, it is by standing on the shoulders of giants.” Newton saw that all of his discoveries only happened because of people before him. Humans use culture to keep all the accumulated information from previous generations together. We then teach it to children and each other so that we can all "see further" than we would by ourselves.