Altruism: the act of helping an unrelated individual, even at a cost to yourself (such as lost time or energy). ... more

Cooperation: when two or more individuals work together to a common goal.

Grooming: an activity when a primate combs through another’s fur to remove ticks or other objects.

Two teams are facing off at the soccer tournament. Lauren gets the ball and races toward the goal. She dribbles around one defender. The next defender runs at her, and Lauren knows she won’t be able to score. Instead, she passes the ball to Sam. Sam scores! 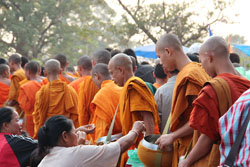 How do friends cheer you up after a rough day? They might buy you a cookie or share a meal. They might offer you a ride home on a rainy day. They might give you a hug. You might even feel better when a total stranger holds open the door or lets you cut ahead of her in line.

Unlike other primates that only help close relatives, some humans are willing to help anyone. These might be close friends or even total strangers. Altruism is the act of helping someone out, even if it makes more work for you.

Alice the baboon is having a rough day. She’s hungry, her skin itches, and she hurt her paw on an acacia thorn. The other baboons in her troop can see that she is walking slowly and carefully. 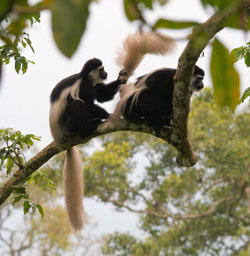 Other young monkeys are busy playing. They don’t invite her to play or pay any attention to Alice. She goes to pick fruit with her older sister, Spot. But Spot has already taken all the ripe berries and only the hard green ones are left. Finally, Alice crawls back to her mom, who grooms her to get rid of some ticks. Alice only feels a little better.

It might sound like these monkeys are being mean to Alice. Actually, this behavior is common. Most nonhuman primates are a little selfish when it comes to cooperating. They only like to help others who can return the favor or are close relatives.

You groom my back, and I’ll groom yours

Being selfish doesn’t work all the time. If Alice’s back is feeling really itchy, it's hard for her to reach back there to check for ticks or other insects. Instead, she might go find another monkey in the group to help. Alice will pick through her friend's fur for a minute or two. Then Alice will turn around and sit in front of her. Her friend understands that it is now her turn to groom Alice.

Remember that Alice’s mom groomed Alice when she was having a bad day. Does that mean Alice has to groom her mom now? Not always. Mothers and daughters (and other relatives) also use a system of kin selection to determine whom they want to help. 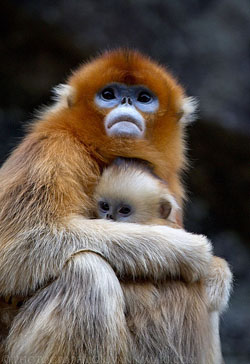 Primates are “selfish” because they want their genes to be passed on. They don’t want to waste energy helping another primate’s genes. However, since Alice shares half her mom’s genes, her mom can still be selfish by helping Alice.

Unfortunately, kin selection only works with really close relatives. Alice's mom might spend one unit of energy to help herself (since she has 100 percent of her genes). Since Alice shares half her mom's genes, her mom might spend half that energy on Alice. Alice’s older sister Spot only shares one-quarter of her genes with Alice. So Spot should only be willing to spend one-quarter of her energy to help Alice. Beyond siblings, relatedness continues to decrease as you look at more distant relatives. Primates usually won’t help out cousins or nieces or granddaughters.

Cooperation is an important behavior for humans. Cooperation allows humans to live in bigger groups and support each other. It allows us to build cities and go to war and cure diseases.

There is even evidence that ancient species of the genus Homo cared for other individuals, including non-kin. For example, some fossils show evidence of old age and severe injury. Relatives and other group members must have cooperated to provide these injured group members with food and to help them travel. Other great apes don’t do this. At some point during our evolutionary history, humans started to cooperate and act altruistically. This sets us apart from our primate relatives.

Read more about There's No I in Human

There's No I in Human