Epigenetics: the study of gene expression changes that are not due to changes in the DNA sequence. ... more

Methyl group: a group of one carbon atom and three hydrogen atoms (CH3; also abbreviated as Me) that can control gene expression.

Protein: a molecule made up of one or more amino acid chains; an essential type of molecule for all living organisms.

Fred and George are identical twins. They both have red hair, pale skin, and green eyes. Their noses and smiles look the same, because they have the same DNA. Every single nucleotide in their entire genomes is the same. 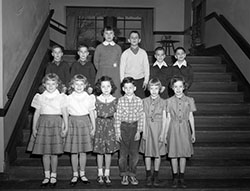 At first glance, it’s hard to tell the two apart. But if you take a closer look, you will see small differences between Fred and George that can help you identify them. Fred has more freckles on his face than George, and George is just slightly taller than Fred. These differences in how Fred and George look can’t be due to their DNA, because they have the same DNA. Rather, these differences are due to effects of the environment. Fred has more freckles because he spends more time outside in the sun. George may be slightly taller because he's always been good about eating all his vegetables at dinner.

Differences like these have long-term effects on Fred and George’s physical traits. These are not like short-term effects such as falling off a bike and scraping your knee or bruising your arm when you fall out of a tree. Those minor injuries can usually heal themselves, so the knee and arm return to their original form. Instead, Fred’s freckles and George’s height are here for good.

The reason some environmental effects last so long has to do with epigenetics. Genes are the codes that tell your body how to work and what to look like. They do this by making specific proteins that have certain jobs in your body. Epi- means "above" or "over," so together, epigenetic means just above the level of genes.

Epigenetics can be thought of as on/off switches for genes. In this case, the environment helps determine if certain switches (epigenetic tags) should be on or off. When a switch is off (a methyl group is present, for example), that part of the genome is turned off and is not able to make proteins. When a switch is on, that part of the genome is turned on and is able to make proteins. 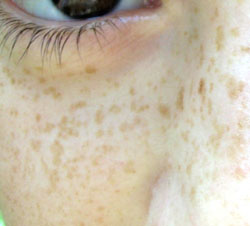 Because Fred does not eat his vegetables and George does not go outdoors, the environment each experiences is not the same. These differences can change the way genetics affect the bodies of the two boys, through epigenetics. This causes slight differences in the physical traits, or phenotypes, of Fred and George.

New kid on the block

In anthropology, epigenetics is the new kid on the block. Researchers have only recently started to learn about these switches in human and nonhuman primates. Their work tests whether switches differ between species. It also tests if switches are part of the cause of the different phenotypes between species. 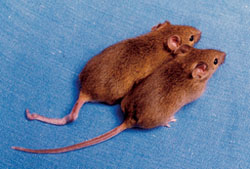 Not much work has been done in primates yet, but several studies have been done on epigenetic switches in rodents. These studies show that switches can affect the differences in traits between species. For example, different switches related to one gene ("agouti") cause mice to have brown or yellow fur and small or large body sizes. Switches related to a gene controlling a stress hormone can change whether a baby mouse will be good or bad at dealing with stress. These switches can change naturally or can be changed by how much a baby mouse is groomed by its mother.

We are starting to understand epigenetics in rodents, and similar work is beginning in primates. Maybe these switches will help to explain some of the differences we see among primates today. 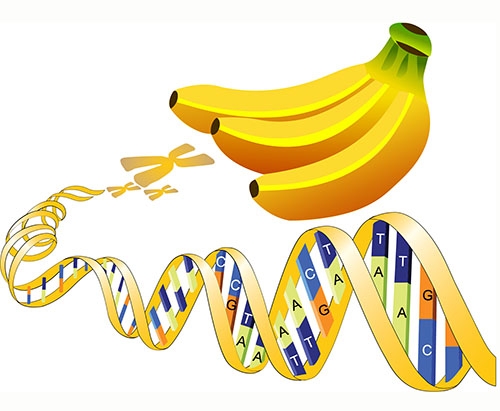 Get DNA out of a banana or other fruit in your own home. Find out how and learn more about what researchers do with DNA at Ask A Biologist's activity Seeing DNA.