Gene expression: the process of a gene producing RNA or proteins; this process is regulated by epigenetic mechanisms. ... more

You are what you eat 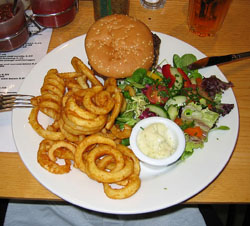 Instead, this saying suggests that your diet affects your phenotype. This is pretty clear when it comes to food quantity—eating too much can lead to gaining weight, for example. However, the meaning of the saying is a little more subtle.

It suggests that diet is one environmental factor that influences the expression of your DNA. Particular expression patterns can produce specific phenotypes in you, your children, and even their children. Therefore, you should think about how what you eat affects your body.

Additionally, diet can drive the evolution of species. For example, thousands of years ago, certain groups of humans started to drink animal milk. Milk is an excellent source of nutrients and fats. Anyone who could digest milk as an adult had access to these nutrients and fats. This resulted in the selection of lactose tolerance, or the ability to digest milk as adults. 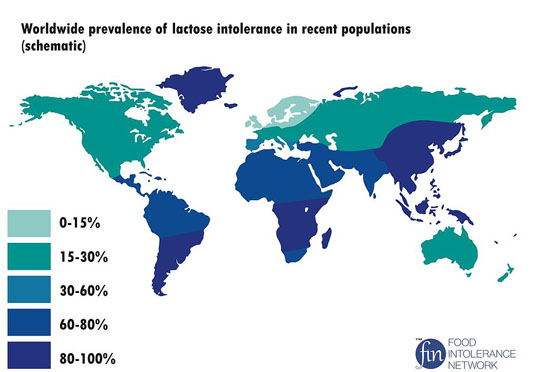 Many human adults drink milk, but this is unusual among other mammals. Most adult mammals do not drink milk. All mammal babies need milk, but as adults, mammals become lactose intolerant, or unable to digest milk. This is because the lactase gene, which is needed to break down the sugars in milk, stops being expressed in adults. It is expressed in babies, though. Some groups of humans that had access to and ate animal dairy evolved the ability to continue expressing their lactase genes. Thus, lactose tolerance evolved. This adaptation was due to one of several genetic mutations that arose independently in several different human populations across the globe.

Overall, diet has played and continues to play an influential role in our evolution as a species.