DNA sequencing: the process by which the order of nucleotides within a DNA molecule is identified. ... more

Genetics: the study of genes, heredity, and DNA variation across organisms.

Identical twin: an individual who shares the exact same DNA with another individual; this is made possible when a single egg is fertilized to form one zygote that then divides into two separate embryos creating identical twins that are also known as monozygotic twins.

Nucleotide: the building block of DNA and RNA; consists of a base (adenine, thymine, guanine, cytosine, or uracil), sugar molecule, and phosphoric acid molecule. ... more

You look over at your classmate sitting next to you and you notice his brown hair. You look around the room and see that your other fellow students may have black, blonde, or red hair. And then there are all the shades in between. Hair can also be curly or straight, thick or thin. This makes for a lot of possible hair varieties. Is your hair exactly the same as one of your classmate’s hair?

Because there are so many types of hair, it would be hard to find two people with the exact same hair. It would also be hard to find two people who look exactly the same. Identical twins look very similar because they have the exact same DNA sequences. Most people are not twins, though. If you are not an identical twin, your DNA is unique. This means that no one else in the world has the same DNA sequence as you. Because your DNA is unique, your physical appearance, or phenotype, is also unique.

Even though you and your classmates look different from one another, it is easy to tell them apart from cats, birds, and flowers. Your DNA helps make you look different from other people, but it also ensures that all humans look like humans and not like any other organism. The study of DNA, including comparisons between individuals and between different species, is known as genetics.

The pea that started it all 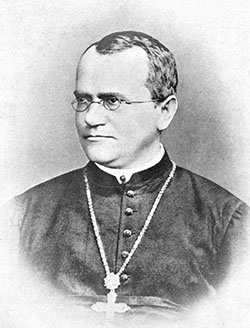 You are not a cow. You're also not a worm, a bird, or a fish. But why do you look different from these animals? For most of human history, people did not know why humans looked like humans and not like other animals. They also didn't know why kids looked more like their parents than other people. These answers were unknown because people did not know about DNA. It wasn't until the 1800s that an Austrian monk, named Gregor Mendel, made huge progress on this question.

In his spare time, Mendel studied pea plants to find out how organisms pass traits from one generation to the next. For example, he might have one short pea plant and one tall pea plant reproduce. He would then see if the offspring of the pea plants were short or tall. He repeated this type of experiment hundreds of times to be certain of his results. He also looked at other traits such as seed color, seed shape, and flower color.

From all these experiments, Mendel discovered that the pea plants had two "alleles" for each trait he was looking at. An allele is one variant of a gene. For example, one pea plant could have two short alleles, two tall alleles, or one short allele and one tall allele. The combination of these two alleles helped determine the plant’s traits and what traits could be passed on to the plant’s offspring.

After finding this in the pea plants, Mendel thought that every organism had two alleles for every trait. He also thought that each parent only passed one of their two alleles for any particular gene onto the next generation. Thus, offspring get one allele for each gene from each parent. We now know that while many traits work this way, most are a lot more complex and involve more than just two alleles per gene.

Mendel defined a gene as a unit of heredity that helped determine an organism’s traits. However, he did not know what a gene was made of. Today we know that genes are a functional unit of DNA. Humans have over 20,000 genes in their DNA.

Mendel initiated this study of genetic inheritance. His work was lost for some time and then rediscovered in the 1900s. It has helped advance the field of genetics to what it is today.

Generation of the genome

Today, people study genetics by sequencing DNA. DNA sequencing was first done in the 1970s by Frederick Sanger. It involves finding the order of nucleotides in a DNA molecule.

All of the DNA in an organism’s cell is known as its genome. Different species have different genome sizes. The human genome, for example, has over three billion nucleotide pairs. Imagine trying to write out three billion letters on a piece of paper! That is essentially what sequencing the human genome entails.

In order to specifically study human genetics, the human genome had to be sequenced. The Human Genome Project began in the 1990s, and at that time, sequencing methods and computers weren't very advanced. Because the human genome is so big, it took over a decade of work and over $3 billion to sequence. It was finally completed in 2003.

What do genetics studies tell us?

Genevieve Housman. (2015, Dec 02). Because Your DNA Says So. Retrieved December 03, 2022, from https://askananthropologist.asu.edu/stories/because-your-dna-says-so 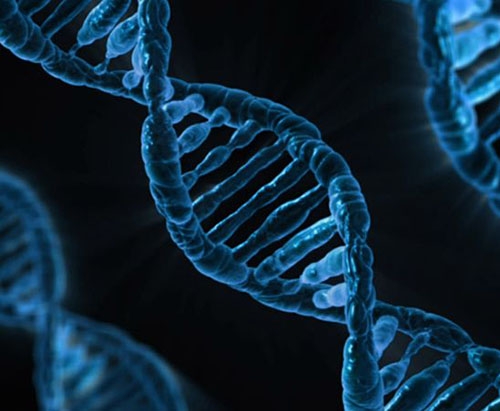 Learn more about DNA, genomes, and how they are sequenced in Ask A Biologist's story What's a Genome?