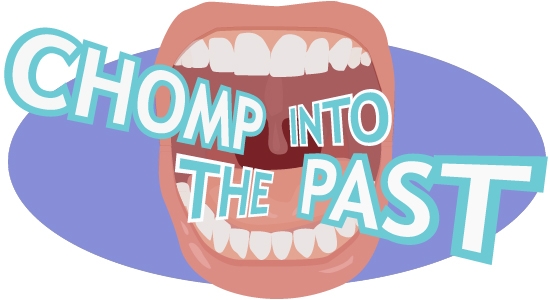 Sitting on the sofa, you flip through a family photo album. You see a young man dressed in a uniform from the 1940s. Your father looks a lot like the man in the black and white photograph. You flip another page and go further back in time. You see a woman in a Victorian style dress, and you think she looks like your sister. 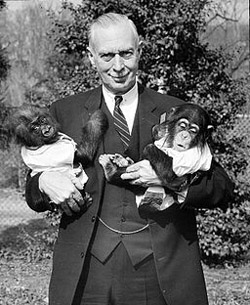 We look like our parents and grandparents because we have inherited traits (like the shape of our nose or the color of our eyes) from them. The human fossil record is like our family photo album. When we look at a human fossil, we can see many traits. By studying these traits, we can figure out what traits we have inherited from our distant ancestors. If we compare humans to our closest living cousins—chimpanzees—we can see that we share a number of traits with them as well. One of these traits is our teeth.

The canine is your third tooth when you start counting from one of your front teeth. It looks a bit like a dagger. You may know it from stories and movies about vampires, as they typically are supposed to have large, pointy canines. In real life, many animals use their canine teeth to fight off predators and mating rivals.

However, humans have smaller canines than many of these animals. The size and shape of our canine teeth is one trait that we share with the group called hominins. All humans (Homo sapiens), including our distant human ancestors, are called hominins. Our hominin family is at least seven million years old and includes other hominins who are now extinct. If we traveled back about 40,000 years ago, we could have met one of the Neanderthals, a fellow member of the genus Homo. The formal scientific name for Neanderthals is Homo neanderthalensis.

If we go back to 3.2 million years ago, we could have met a very famous distant ancestor, Lucy. Lucy’s formal name in science is Australopithecus afarensis. She is not as closely related to us as many other species that have lived, but Lucy was also a hominin. Humans, Neanderthals, and Lucy are all hominins.

So, what makes a hominin a hominin? There are two important traits that all hominins share: 1) the size and shape of the canine tooth and 2) our dependence on bipedality, or walking on two legs. For now, let's look at canines.

Paleoanthropologists (scientists that study hominin fossils) have made several important discoveries about how our canines have changed through time. During human evolution, the canine has become much smaller. For example, in gorillas, the upper canines extend past the lower teeth. In humans, the upper canines do not even reach the pink tissue (gums) of the lower jaw.

To fight or to feast?

Scientists are still trying to figure out why human canines are so small. Currently, there are two possible explanations. 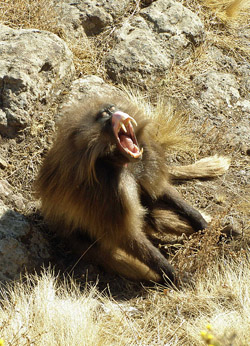 Diet might be another reason why humans evolved small canines. Throughout human evolution, our early ancestors changed their diets. This does not mean they all went on a weight loss program. In science, the word diet refers to all the different foods animals eat on a regular basis. During human evolution, early human ancestors began to eat different foods. In other words, they changed their diets. 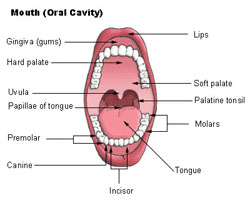 After a few generations, no one would have had premolars shaped like triangles that could sharpen canines. These changes would have affected all the teeth and may have caused the canines to change their shape and size as well. Scientists are still conducting research to learn why we have small canines. 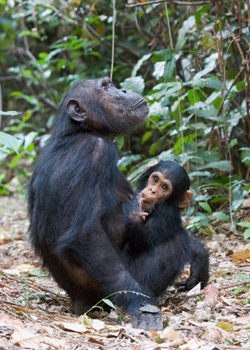 Wait a minute. We don’t come from chimpanzees?

Many people mistakenly say that humans came from chimpanzees. Humans and chimpanzees actually share a last common ancestor. Think of your family. If you have an uncle that has a son, Mike, you would never say that you “came from your cousin Mike.” You could say that you share the same ancestors, your grandparents. In a similar way, humans and chimpanzees are “cousins” and about seven million years ago, we shared a last common ancestor, which was neither a human nor a chimpanzee.