3D Scanner: a machine that scans an object and creates a virtual 3D version in a computer.

Caliper: a tool used to measure the distance between two points on an object.

Microscribe: a tool used to mark points on an object that are recorded on a computer. These points are used to analyze the shape of the object.

Morphology: the study of the structure and form of an organism.

Organic: material composed of carbon and other elements.

You crawl out of your tent early in the morning as the sun begins to rise over the dry hills of Ethiopia. The morning is warm and humid. By the looks of the clouds on the horizon, there’s a chance of rain. With sleepy eyes, you hike to the main tent to eat breakfast and help organize the day’s tasks. 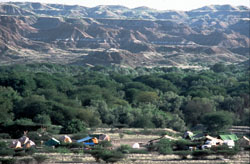 You’re midway through your field season in Hadar, Ethiopia, and you have a full day of excavation ahead. Before it gets too hot, you head out with a small group of others to walk around the site looking for any fossils just lying out in the open. This month you have found a bunch of fossils. These include fragments of arm and leg bones, bits of teeth, and pieces of jaw bones that belonged to human ancestors that lived millions of years ago.

Now, imagine you are on the other side of the world, watching South American monkeys in the jungle. Your job is to write down all their day-to-day activities. You take notes of everything they eat, how they behave with other monkeys, and when and where they sleep each night. 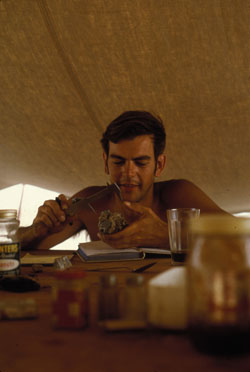 When you’re not roaming through jungles and surveying savannas, you can put on a lab coat to work in a laboratory full of tools. These tools are things like calipers, microscribes, and 3D scanners.

In the lab, you put these tools to work, examining the latest fossil finds from Africa. You look at the fine details of the fossils' morphology (shape and size). For example, you use calipers to measure the width of a skull. A microscribe measures points all around the bone. You can also scan the bones to create 3D virtual versions. 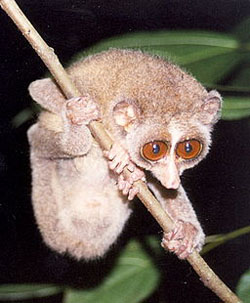 Anthropology uses the tools and methods of science to answer questions about humans. For example, how did we evolve and where did our species come from? You may know that some anthropologists actually study primates in general. Why do this if we are interested in humans? Well, humans are members of the primate family. We share features such as opposable thumbs, eyes on the front of our skull, and relatively big brains.

When we study living lemurs, monkeys, and apes, we are learning about our closest living relatives. These comparisons can help us learn about how both humans and other primates evolved.

So when did the earliest human ancestors come onto the scene? We know from information taken from genes and fossils that modern humans (Homo sapiens) showed up about 200,000 years ago. When we first evolved, we were not the only ones on the planet. Other human species also lived at this time.

One well-known “cousin” of ours was the Neanderthal (Homo neanderthalensis). They died out (went extinct) about 35,000 years ago and now we, Homo sapiens, are the only members of the human family left.

One of the most famous fossil ancestors has the scientific name Australopithecus afarensis, but is nicknamed "Lucy." Arizona State University’s Dr. Donald Johanson found many pieces of a fossil skeleton in 1974 in Hadar, Ethiopia, which were dated to be about 3.2 million years old. That is several million years before Homo sapiens evolved. One of the most important features of Lucy is that she walked on two legs, just like we do now. We call this being “bipedal” (walking on two legs).

Parts of Lucy’s skeleton were very similar to that of a human. If you look at her leg bones, knees, and pelvis, you will see some similarities to your own bones. It is from these bones that we know she walked on two legs, just like we do. She was quite short, measuring only about 3 1/2 feet tall, despite being fully grown. 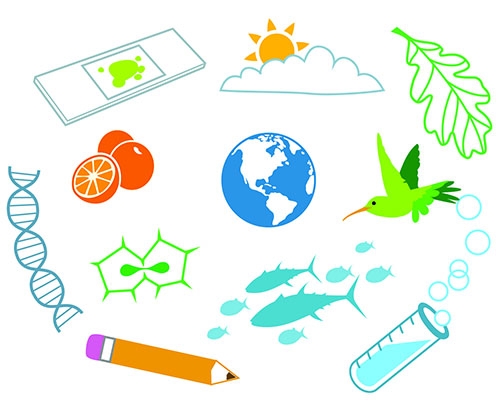 Anthropologists are a type of biologist. Visit Ask A Biologist's story What's a Biologist? to learn more about more of the subjects biology covers.