Data: facts or information used to calculate, analyze, or plan something.

Hypothesis: an idea that can be tested.

A recipe for discovery 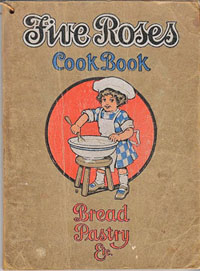 Have you ever made a peanut butter and jelly sandwich? If so, then you know you usually spread the peanut butter on a slice of bread, put jelly on the other piece of bread, and then put the two pieces together. Viola!

Biological anthropologists are interested in answering questions about humans. For instance: Why do we walk on two legs? Why are our brains so large? Asking these types of questions is the first step in the “scientific method,” which is our recipe for science.  You may have heard of the scientific method in one of your science classes and you may have even tried it yourself. You don’t have to be a scientist to follow this method; anyone can do it, you just need to observe the world around you to start.

When you make an observation, it may bring up several different questions. After you figure out a question, the next step is to form a hypothesis,or a general statement about what you think is going on. This can lead you to more specific predictions that you can test. Next, you actually do the study and collect data. Finally, you make conclusions about your data and communicate these to other people.

Ready to try an example? Let’s put our question about human brain size to the test:

Why do humans have small molars?

Step 3, Hypothesis:  We cook our food and this makes it a lot easier to chew. Human molars got smaller when our ancestors started cooking their food.

Step 4, Prediction: Evidence of cooking in the fossil record will match up with a decrease in molar size.

Step 5, Collect data: Go to the field and find the earliest evidence of cooking.  Measure as many fossil human molar teeth as possible.

Step 6, Conclusion: You find support for your hypothesis. The earliest evidence of cooking coincides with the first decreases in molar size.

Step 7, Communicate: Tell other scientists about your findings so that they can use the information for future studies.

Ta da! That’s the scientific method at work. In our example, we found that cooking food is associated with reduced molar size. So this raises a new question: If Neanderthals had bigger brains, why did our ancestors start cooking their food?

See how answering one question leads to coming up with more questions? That’s science in action. Finding one answer often sparks new ideas to test in the future.

Want to try to use the scientific method yourself? Then check out: