Broca’s area: the region of the cerebral cortex that functions in speech production and comprehension. ... more

Wernicke’s area: a region of the cerebral cortex necessary for the processing of words. ... more 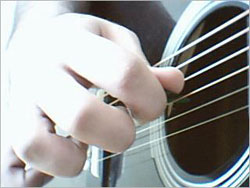 Imagine going for one day without talking, writing, or using advanced sign language. How would you communicate with people? You may be able to convey very basic ideas by pointing at things or using other body language. But it would be nearly impossible to convey anything more than basic ideas.

Animals communicate using sounds. While their sounds can say a lot, the information expressed through language far surpasses what can be conveyed through a lion’s roar or a bird’s song. Language, or the use of spoken or written words, is unique to our species. Language is very important to our learning process.

Could you learn how to play the guitar without the use of language? Not only is language necessary for your music teacher to instruct you but the music itself is also written down in a form of language. Some scientists believe that language may have evolved for teaching purposes. Showing someone how to perform a task is an effective way of teaching simple tasks. It becomes trickier with more complex tasks, however. 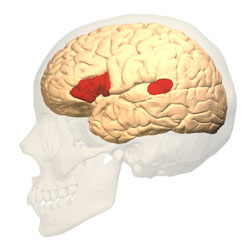 Think about learning how to play a card game by just watching the players. It would be a lot easier to have the rules explained to you using language rather than trying to figure these rules out on your own.

Human language is linked to the design of our brains. Understanding and producing language occurs in the brain. For example, Broca’s area is used for the production of and comprehension of speech. Similarly, Wernicke’s area is involved in the processing of words. Other primates also have these regions of the brain. These areas of the human brain have much stronger communication between one another. Lucky for us, this results in a brain that is capable of producing and processing language.

Read more about Brains over Brawn