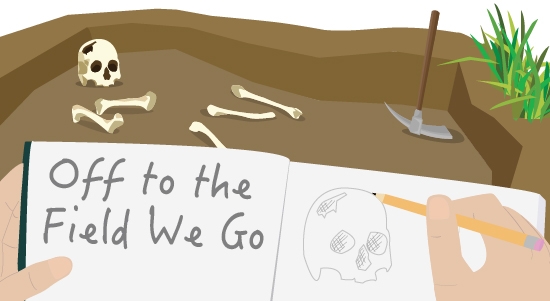 Paleoindian: Native American peoples who lived in North America during the ice age. 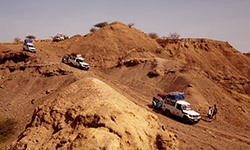 You have been bumping along a dirt road for hours in the back of a Land Rover filled with people and supplies. The caravan of trucks finally stops far away from any city or village, but you have arrived. You and your companions set up a camp that will be your home for six weeks. You are excited to be part of the team of scientists and students who will be exploring the area for fossil bones. This is the beginning of your fieldwork.

"Fieldwork" is research that takes place away from the laboratory, office, or classroom. The fieldwork site can be a burial ground for ancient Mayan Indians, a fossil site looking for human ancestors in East Africa, or a village where hunter-gatherer peoples live in the dense forests of Central America. Fieldwork can also be done where a collection of fossils or artifacts are held, such as at a major museum like the Smithsonian in Washington, DC. Museums are important because they help keep fossils and artifacts safe. 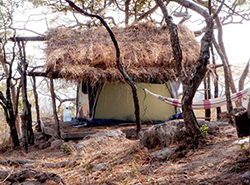 Depending on the project, you may live there for weeks or months at a time. For example, you may spend a year in Tanzania studying chimpanzees while living in a tent. Or you may spend two weeks describing artifacts at a paleoindian site in Montana.

Fieldwork doesn’t always mean getting your hands dirty—it can take many forms. Where you travel and what you collect depends on the types of scientific questions you want to answer. Whether it’s measuring ancient skulls at a museum in China, collecting blood and urine from chimpanzees, or following modern-day hunter-gatherers on a hunt, fieldwork is a crucial part of biological anthropology.

Fieldwork is not for the faint of heart. It’s often very tiring, and requires lots of travel and lots of work, both mental and physical. Despite the challenges, fieldwork is fun and full of adventure.

Fieldwork is a vital part of being an anthropologist. It lets us improve our knowledge of humans and human ancestors. Fieldwork also allows us to get out of the classroom and explore exciting places around the world. It gives us an opportunity to meet and work with new people and have a hands-on experience with exciting projects.

Where do you go? 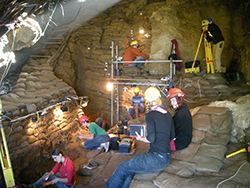 Just about anywhere! Fieldwork can involve traveling to the coast of South Africa, where there are caves that hold stone tools and seashells from early humans tens of thousands of years ago. Some anthropologists at Arizona State University work at a site just like this called Pinnacle Point.

Another type of fieldwork can involve observing and living among people in remote areas of the world. For example, the Ache are a group of people that live a traditional way of life called hunting and gathering. They live in the jungles of Paraguay in South America. Anthropologists at ASU study how they live to learn more about the lifestyles of other people.

You don’t have to travel to an exotic place to do fieldwork, though. You can do fieldwork in your hometown or even in your backyard. For example, you might dig up shells or clay pottery in your backyard, which provide clues to the changes that have occurred to the habitat where you live or to what people may have lived there before you.

Who and what is involved?

Besides the researchers and scientists, there is often a whole team of people involved in making a field season a success. College students often help researchers collect the data. Local people are also hired to help with travel, cooking, and data collection. 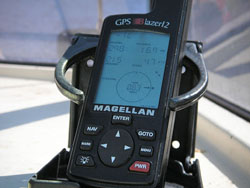 Different types of equipment are also needed in the field. For example, notebooks are used to record daily observations. The notes are then typed up on laptop computers that are recharged from diesel generators or solar panels. You also need a backpack to carry your day’s supplies, a GPS (global positioning system) for hiking around a site, and a camera to capture images of everything from stone tools to primates playing.

When do you do fieldwork?

During spring and summer, anthropologists are often heading to their field sites, but this can vary depending on weather conditions, access to the site, and what you’re studying. For example, if you work in the Andes Mountains of South America in the southern hemisphere, June through August are cold and snowy—you want to make sure there isn’t snow blocking the roads leading to your site.

Sometimes you can spend the whole year at your site. If you’re studying spider monkeys in Brazil, then you need to plan your work around the monkeys' behavior. Because of this, you may need to spend an entire year in the field.

How do you get to a field site?

Planes, trains, and automobiles are all ways to get to the field, or you may need to boat or walk deep into the jungle. However, a lot of preparation happens before you ever set foot on your site. Fieldwork is expensive, and you often need to buy plane tickets and equipment, arrange for trucks, and buy food and water that will last several weeks at a time.

Why do field work? 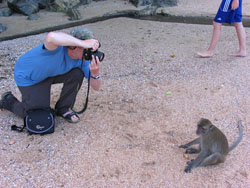 Fieldwork is how we collect measurements, observations, and other types of information that will help us answer our research questions. For example, if you want to know how gorillas behave, you have to watch them in the wild. If you want to understand how our early members of our species used nearby plants and animals, you need to live with and participate in the life of modern hunter-gatherer communities.

Many scientists and students are part of projects that have taken many years to complete. They made many trips to the field and had to have lots of patience while working on the projects. During those years, they found new discoveries that made all those long trips worth it.

Hallie Edmonds. Off to the Field We Go. ASU - Ask An Anthropologist. November 24, 2015, askananthropologist.asu.edu/stories/field-we-go. Accessed 2023 January 27.