Genome sequencing: a process through which scienctists figure out the order of nucleotides (adenine, guanine, cytosine, thymine) in all of the DNA of an organism.  ... more

Invertebrate: a group of animals that have does not have a braincase or a spinal column.

Vertebrate: a major group (phylum) of animals that includes fishes and tetrapods. Vertebrates share many features in common, relating to a well-developed head with sensory organs and a bony or cartilaginous internal skeleton.  ... more 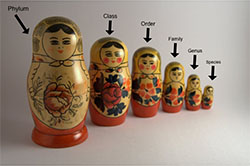 A species is a group of closely related organisms and is one of the smallest units with which we classify life. You can think of a species as the smallest doll inside all the others. Closely related species are then put into a series of larger groups. Humans belong to a large group of animals known as vertebrates. Vertebrates have backbones that protect their spinal cords. On the other hand, invertebrates (insects, flatworms, and roundworms) are animals that do not have this trait. 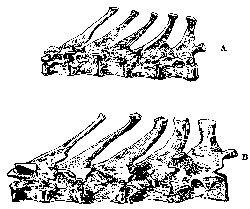 Humans and other mammals are vertebrates. So are fishes, frogs, crocodiles, snakes, lizards, turtles, and birds. Overall, there are at least 77,500 vertebrate species. However, telling all the differences between these species is difficult. Only a handful of species have had their genomes sequenced. This is because genome sequencing is relatively new. It is also expensive.

Humans are a type of vertebrate. Therefore, we can find our place on the tree of life by looking at vertebrate genetics.