Model organism: a species that has been widely studied; for example, mice, rats, and fruit flies. 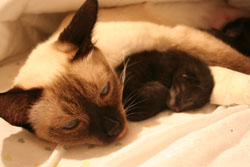 "Got Milk?" That advertisement is probably familiar to you, as it's in schools and on TVs all over. Milk is an important source of nutrients for people when they are infants, even though some people are lactose intolerant as adults. Milk is so important to us because we belong to a large group of organisms known as mammals.

Mammals are one type of vertebrate. Amphibians, birds, fishes, and reptiles are also vertebrates, but they are not mammals. Mammals are unique because they are covered in fur and produce milk to feed their babies. Overall, there are at least 5,500 different mammalian species. So far, 108 species have had their whole genomes sequenced.

These include many species such as whales, dolphins, squirrels, elephants, camels, cats, and dogs. 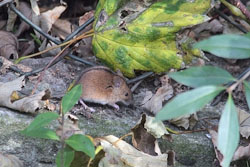 The mouse was one of the earliest mammals to have its genome sequenced. This is because it is an important model organism for scientific experiments. Soon after the mouse genome was sequence, the human genome was too. That work cost over $3 billion and took over a decade to complete. It took so long because the human genome is so large. In addition to sequencing over three billion nucleotides, these data had to be stored and analyzed, and over 20,000 genes were identified. Lastly, several ethical, legal, and social issues had to be addressed.

More mammal species have been sequenced than any other vertebrate group. This may be because humans are mammals, and by default, we may tend to like other mammals. We can start to learn about our place on the tree of life by looking at mammalian genetics.