Carnivore: an individual or species that mainly or only eats meat. ... more

Competitive exclusion: the idea that when two or more species compete for a limited resource, like food, not all species will succeed; some species will lose access to the resource. ... more

Meat eating and the evolution of Homo 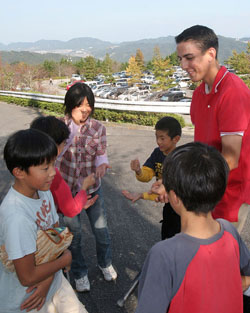 Let’s imagine you and a friend stumble upon a candy bar in the pantry one afternoon. You both want it, but don’t want to split it. You agree to play rock-paper-scissors to decide who gets to eat the candy bar. You play rock and your friend plays scissors, so you win. You happily eat the candy bar as your friend looks on.

A similar drama also happens in nature, and it is called competitive exclusion. With competitive exclusion, species compete for a small number of resources, like food. And just like with the candy bar, not everyone can win. If you can’t compete over long periods of time, you may need to move to a new area or you will go extinct.

Humans began eating meat regularly sometime between three and two million years ago. During that time, what happened to other carnivore species? Did early humans outcompete the other meat-eating species?

Homo gets a taste for meat

We know that our ancestors, early Homo, were regularly eating meat sometime before two million years ago. This might have had an effect on other meat-eating mammals living alongside early Homo, like lions, hyenas, and jackals. 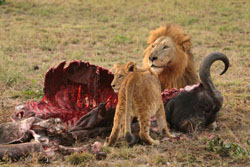 So what changes do we see among other carnivores when Homo gets a taste for meat? Well, nothing at first. It’s not until later, with the evolution of Homo erectus, that we see major changes in other carnivores. Many large carnivores, like saber-toothed cats, disappeared soon after Homo erectus showed up about two million years ago. Homo erectus was probably a bit taller than earlier species of Homo and was equipped with a new tool kit—the Acheulean, which was stone tool technology. These two things may have made Homo erectus a big competitor to large carnivores like lions, hyenas, and saber-toothed cats.

In fact, as early humans became even more carnivorous, more carnivore species went extinct. The big carnivores in Africa today are only a small piece of the wide variety of carnivores that once roamed the area.